The legacy of a vineyard

Chablis vineyard stretches out over 5400 ha in production.
These fiels emerge on hill sides alongside the river ‘Le Serein’ spreading out over 20 km long and 15 km large…

The Chablis vineyard is set on 2 different subsoils, these are geographical areas formed in the secondary era (150 millions years ago) called: Portlandien and Kimmeridgien.

In the secondary era, the region of Chablis was covered by sea, forming calcareous sedimentary in the bottom of the ocean that was very rich in shells and in particular a little oyster chaped as a comma (“Ostrea Virgula ” or ” Exogyra Virgula”). The ocean dissapeared at the end of the Jurassic period. The iceperiod that followed carved valleys in the sedimentary layers forming Chablis as we know today. That geological stage carries the name “kimméridgien” refering to the bay of Kimméridge located South of England, and which subsoil presents the same caracteristics. This kind of terroir is only to be found in these two places in the world. We owe the mineral caracteristic of Chablis to this particular ground. At the present time, the soil in Chablis is formed of rotating layers of very compact limestone and very tender clayey marl closing in fossils of marine organisms. 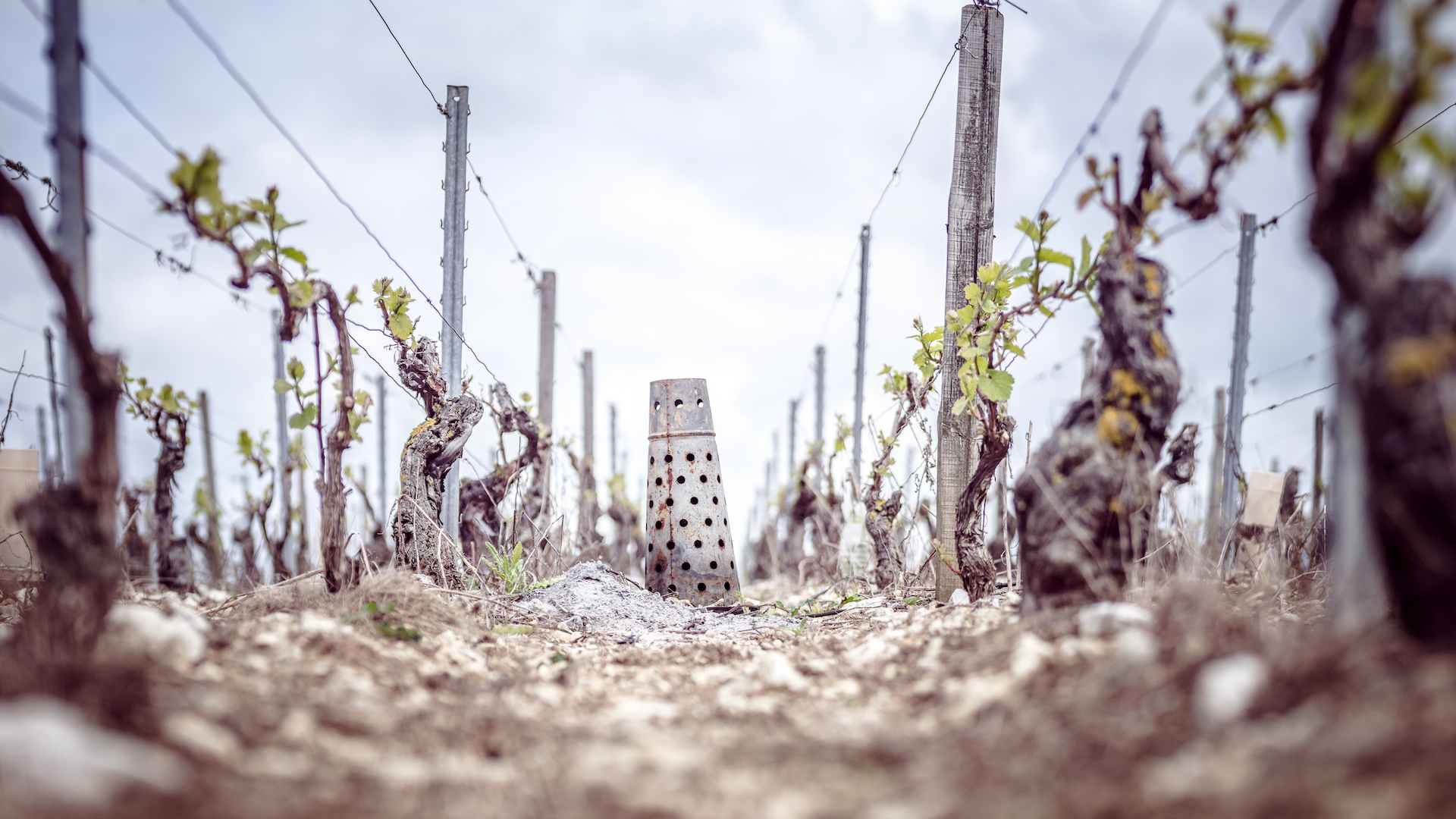 The Portlandien (upper layer of kimméridgien going back to the Cretaceous formation) is a calcareous soul, slightly clayey that doens’t comprise fossils. It produces more subtle wines, with more fruited than mineral caracteristics. The wines produced on these soils are mainly ranked as Petit Chablis and more rarely as Chablis. All other appellations are located on the soil of kimméridgien.

The “Fête des Vins” of Chablis is to celabrate the new harvest. This occasion is always celebrated in Chablis itself, on the 4th weekend of November.

The INAO, the organism in charge of acknowledging and defending our appellations, has distinguished 4 appellations of controlled origin on our territory :

With approximately 40 millions of bottles produced, the appellation of Chablis represents 20% of the total volume of wines produced in Burgundy.

Inside the vineyard of Chablis, we distinguish numerous crus. In Burgundy the crus appoint wine belonging to a group of vines representing a determined area. This little territory includes an area going from a few hectares to several dozen hectares large. It’s name mostly refers to the cadastral place, but it can also cover several cadastral places. The vines of one cru will almost always belong to several producers. The terroirs of the 7 Chablis Grands Crus are located alongside one another one the right bank of the river Le Serein, their hillsides dominate the little town of Chablis. They form the heart of the vineyard of Chablis and are known by winelovers around the world.

The Chablis Premier Crus are more numerous: 79. The list given by producers of Chablis wine will rarely be complete as small territories ranked as Premier Cru can carry the particular name or the name most known for that hillside.